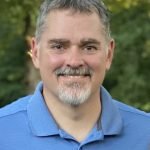 David is originally from middle Tennessee. He has been active in church ministry, inner city ministry, mercy ministries and has led short term missions and disaster-response teams in the U.S. and in several countries around the world. He has been an ordained minister since 2004 and has served in the roles of deacon and elder, in addition to his work in the Christian non-profit sector as Director of Development, Assistant Director, Executive Director. He is currently an Associate Pastor in Roanoke. He has often served bi-vocationally, working in the construction industry off and on for 20+ years.

He is pursuing a Masters of Biblical Counseling through Birmingham Theological Seminary.  He and his wife McKenzie live in Roanoke and have five children. The oldest is serving in the Army and the younger four are still at home. His areas of focus include marriage, parenting/family dynamics, sexual sin, anxiety and depression. He serves at our Roanoke and Christiansburg offices.