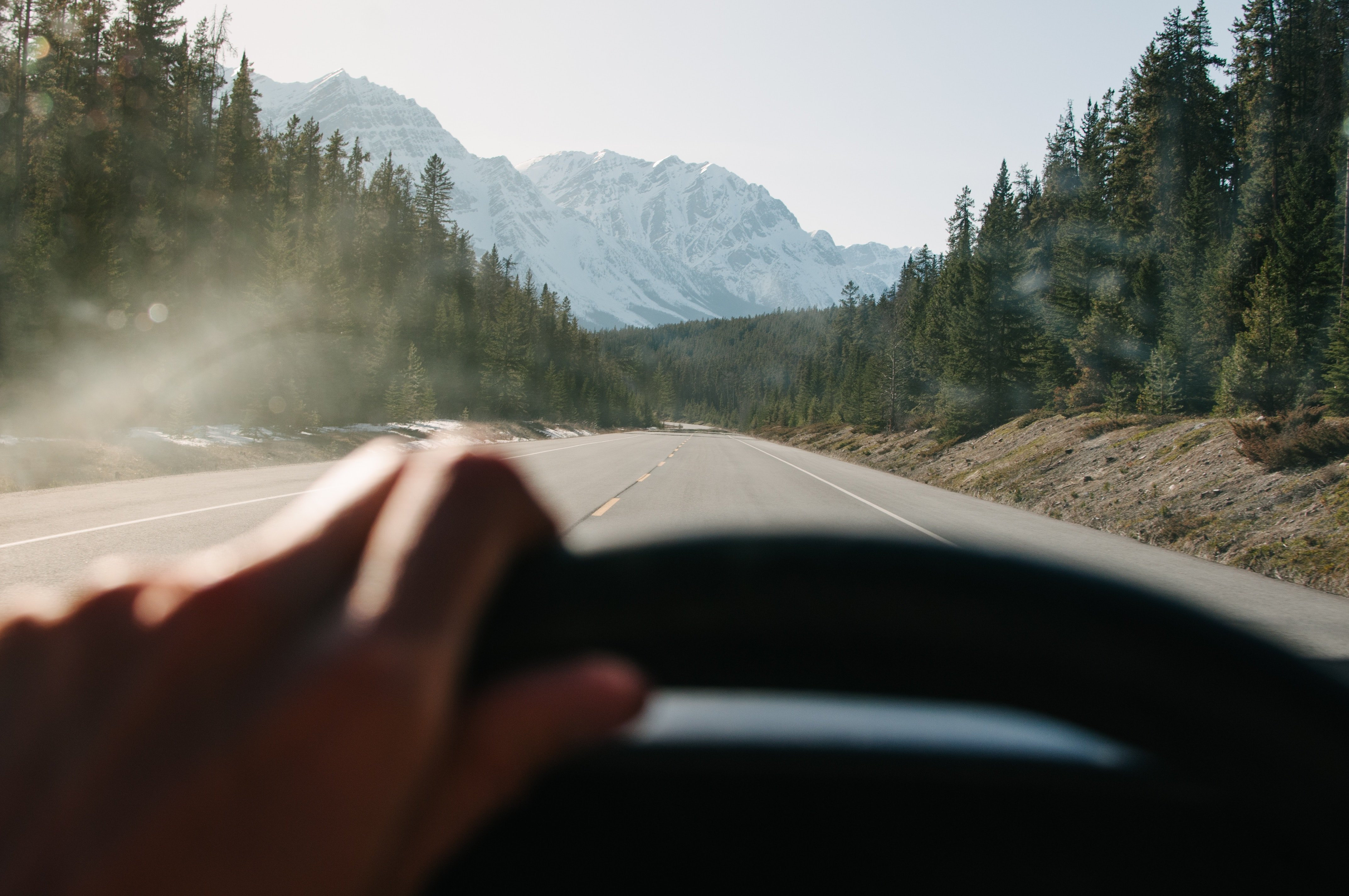 In the previous post in this series, we explored how parents sometimes struggle with the power they possess in relating to their children on the topics of dating, sex, and marriage. Now we’ll look at a third challenge raised in Joshua Harris’ reflections in the two decades since the release of I Kissed Dating Goodbye.

In the first chapter, Harris told a story that has stuck with many people viscerally. It’s the story of a dream where a man is standing at the altar, but instead of seeing the line of bridesmaids behind his wife, he sees a line of her old boyfriends, people she’d given herself to. The gist was simple – want to avoid something like this? Wait.

On the general topic of sex there are two messages that Christians have a hard time giving equal balance to: 1) Sex is a good thing, created by God, and 2) Sex can be really destructive.

In highlighting the importance of waiting for sex until marriage, the broader True Love Waits / purity movement often resorted to scare tactics like the dream story above that led to a sense of irredeemability for those who fell short of their goal of waiting. (In contrast, I’ve never forgotten the poignancy of Matt Chandler’s sermon excerpt, “Jesus Wants the Rose.”)

A few months ago a series of Christian blogs pushed back against what one of their own had bluntly said: young men prefer “debt-free virgins (without tattoos).”

That sentiment captured a pop-Christian message well. You’ll be more desirable if you wait to have sex until marriage. You’re worth more on the dating market if you don’t have a past. It has been hard for many people not to hear the mirror-image message, You’ll be less desirable and have less worth if you don’t wait. It’s not a far step from there to the feelings of irredeemability.

What popular purity messages often missed was that Christian faith was never meant to be a means to an end. It’s not meant to ensure that we are more desirable as marriage partners, or to guarantee that sex in marriage will be better if we wait, or that more generally we can transact with God and pull spiritual levers in this way. Those underlying values, beliefs, and goals have to be interrogated.

The reality behind the best versions of popular Christian purity messages is this: many believers experience sexual failure as uniquely discouraging.

How true this is. I almost wish I could stand in church with a banner that reads some variant of Isaiah 55 – do you want spiritual joy and peace in your relationship with God? Do you want to buy it with no money? Can you dream a little and access the wonder of a day when porn or sexual sin is no longer in the picture? Can you imagine with me the glory of what is possible? The Lord is near and He invites us into a good life, a life of purity – fight for it, pray for it, organize your life for it! Purity is wonderful!

And falling into sin truly is miserable. Let there be no minimizing the spiritual impact of sin. Where is God? Why is it so hard to change? Am I really a Christian if I keep falling this way? Purity culture has not missed the idea that purity is important, and sin is truly damaging.

I’ve seen many complications in marriages when premarital sex was in the picture. But let me invite you to look at it from a different angle. Here are a few examples of what I have seen many times:

-A man obsesses over whether he is closer to a physical ideal than his wife’s past boyfriend. In his anxiety he questions his wife repeatedly and rudely about how he sizes up, leading his wife to apologize over and over again with valiant effort at assuring him he is better in every way. He isn’t willing to address his own obsessive anxiety as the problem, but instead he demands from his wife something she can never give him.

-A woman who is a survivor of sexual abuse has sex freely during her dating relationships and engagement, but feels utterly exposed and afraid once married, and struggles to be intimate with her husband. The distance of dating provided the safety that she now lacks in the vulnerability and inescapability of marriage. In these cases sex before marriage adds to the confusion – Why could we do this before and not now? I’ve often seen the husband fail to respond sensitively, and the wife fear the process of healing and seeking help.

-Guilt lingers around after the couple gets married, and the husband and wife wonder whether they are missing out on God’s best for their lives because they slept together before marriage. They fret over potential missed opportunities, or that God is holding back on them. They interpret suffering and other events as divine punishment.

-The fact that a couple did not sleep together before marriage becomes cash in the bank in their relationship with God, and they resent God during times of suffering in their lives or trouble in their marriage. Why are you doing this, God? Don’t you remember that we did things the right way?

2) What a re-newed purity message must capture

We must not invest premarital sex with more power than it truly has. The reality is that many couples do not experience immediate or obvious consequences for sexual sin (this is true more generally – have you personally faced anything amounting to true consequences or justice for any of your sins?). The fact that it could be damaging is not the main reason we are to abstain outside God’s bounds (though it is a reason, c.f., 1 Cor 10).

Indeed, many times in life sin is alluring precisely because it holds the promise of causing harm to no one. Christian morality does not operate purely on the harm principle. I do not decide what is right and wrong through the primary consideration of what damage it will do. As one church confession states, sin is any lack of conformity to God’s law or any transgression of it.

God’s guidelines and laws are good for us, but we will not always be able to see this good on the front end. What all calls to purity must capture and hold onto is this: purity is God’s will, His guaranteed end and goal for us, our sanctification (1 Thess 4:3). Purity is imperfect but progressive for all believers. We are all to grow in it. It is not a pass-fail system. It does not locate us as haves or have-nots.

Purity is one step at a time on the pathway. Purity is an increasingly better eyeglasses prescription. The pure in heart will see God (Mat 5:8).

Many people give up when they believe they are operating in a pass-fail system. When they realize they have not kept the law perfectly, they give up trying. One of the most persuasive lies with any sexual sin is this: since you’ve already fallen this far, you might as well keep going.

But this is not the way of Christ. Only one Person passed the perfection test, and He did it because we had not. None of us has.

The Gospel of Jesus holds out for us a better way. As Michael Card says, it gives a guy like Peter “the three-fold chance to reaffirm the love he had denied.” Do you love me? Yes, Lord.

Don’t ever let a person suggest your worth changes in God’s eyes because of sin and weakness. He shines the great glory of His treasure through the cracks in our jars of clay. He will continue what He has started in us, and though we fail, He will never fail. 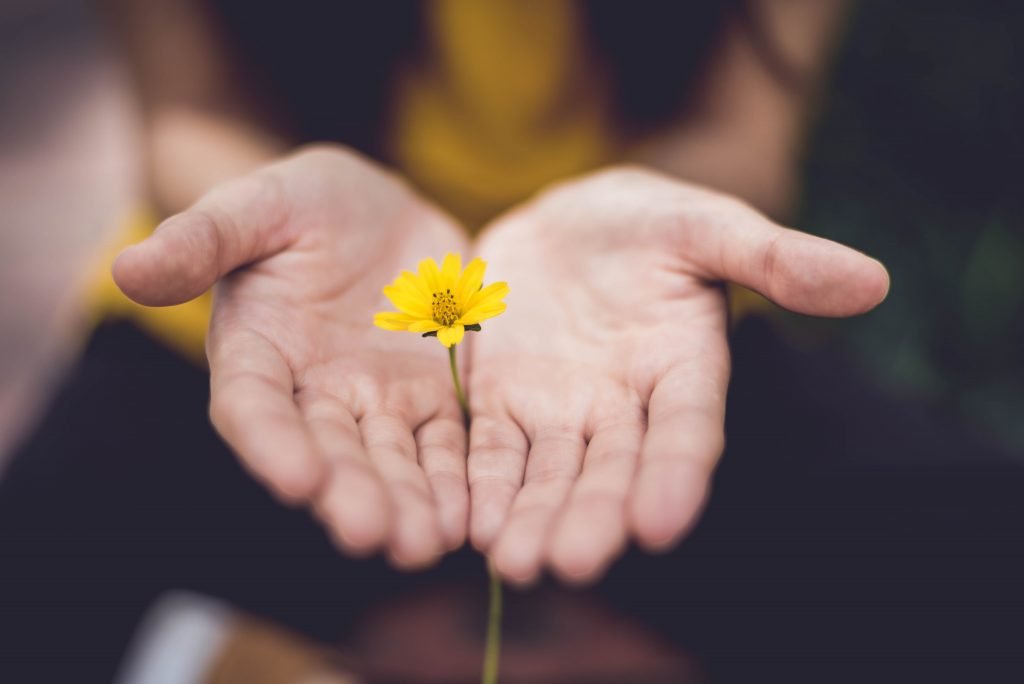 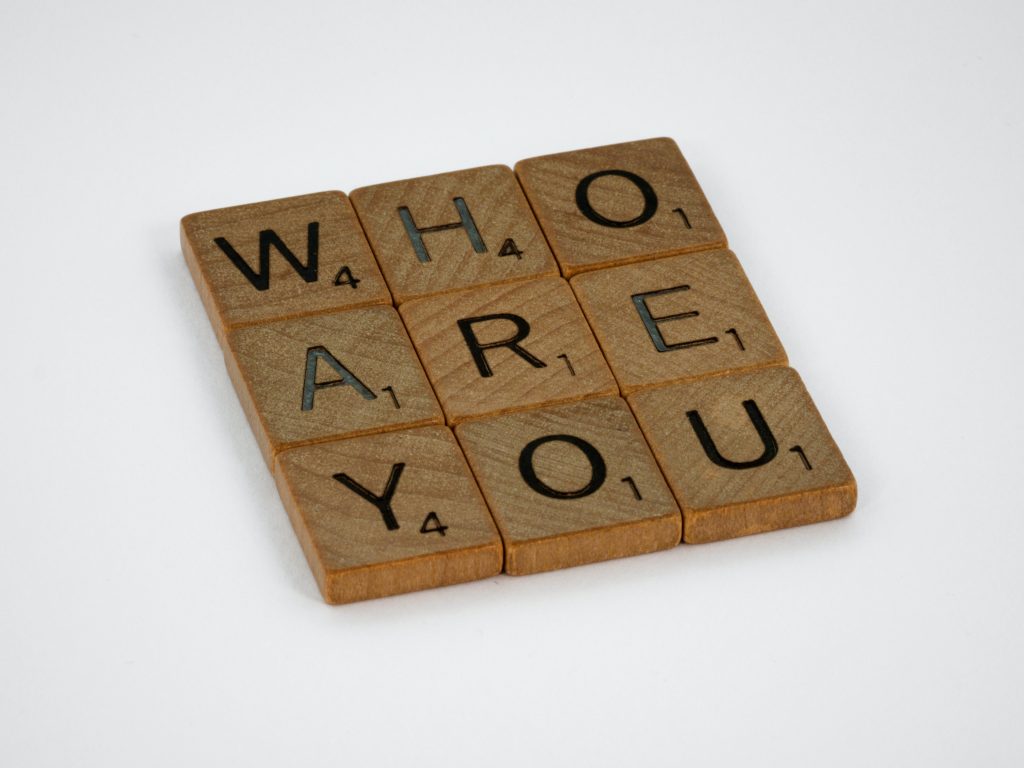 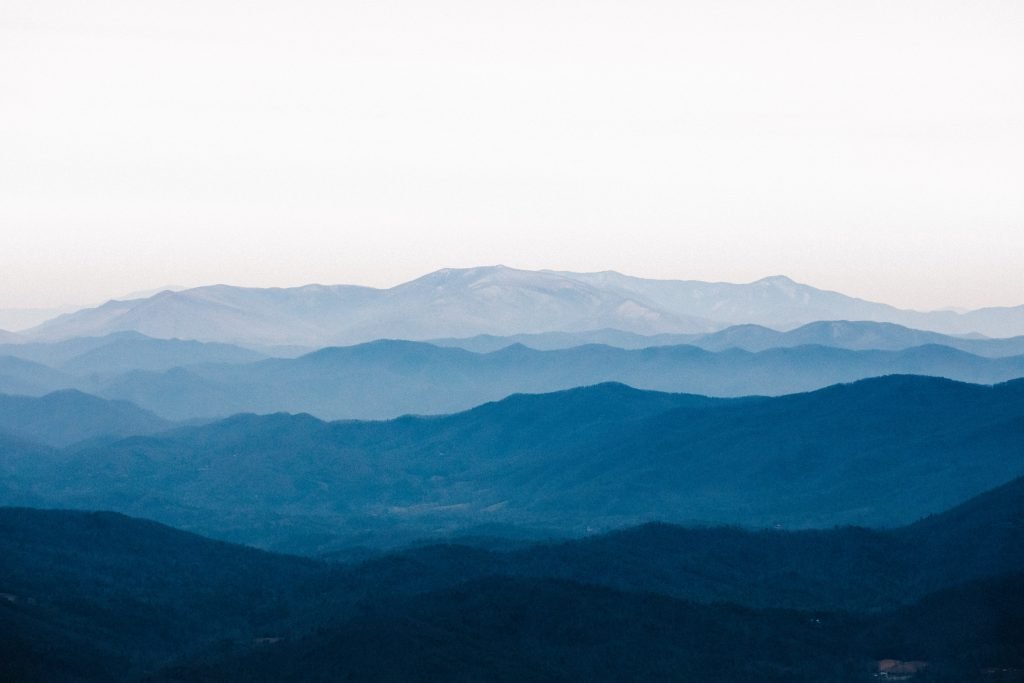 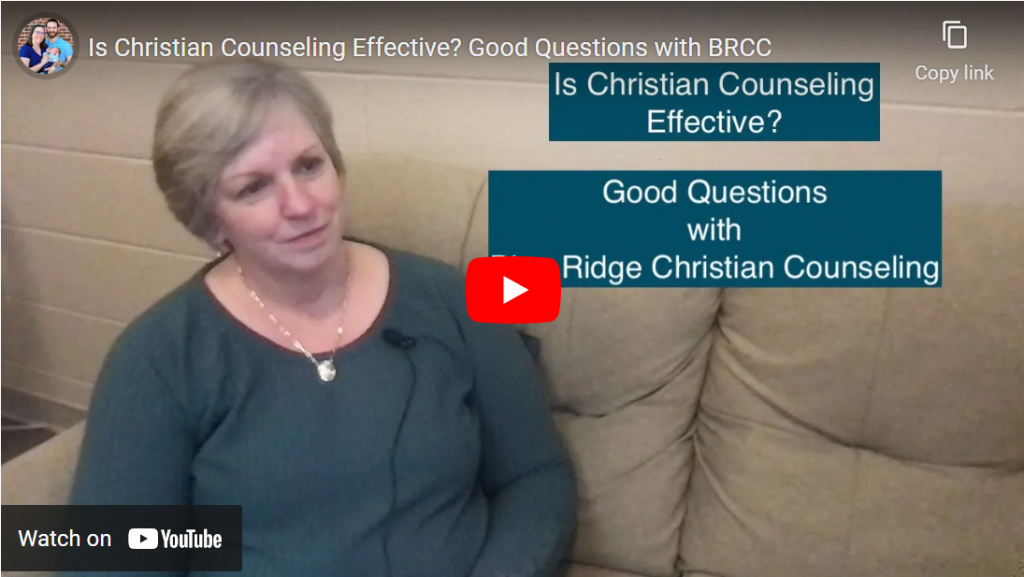 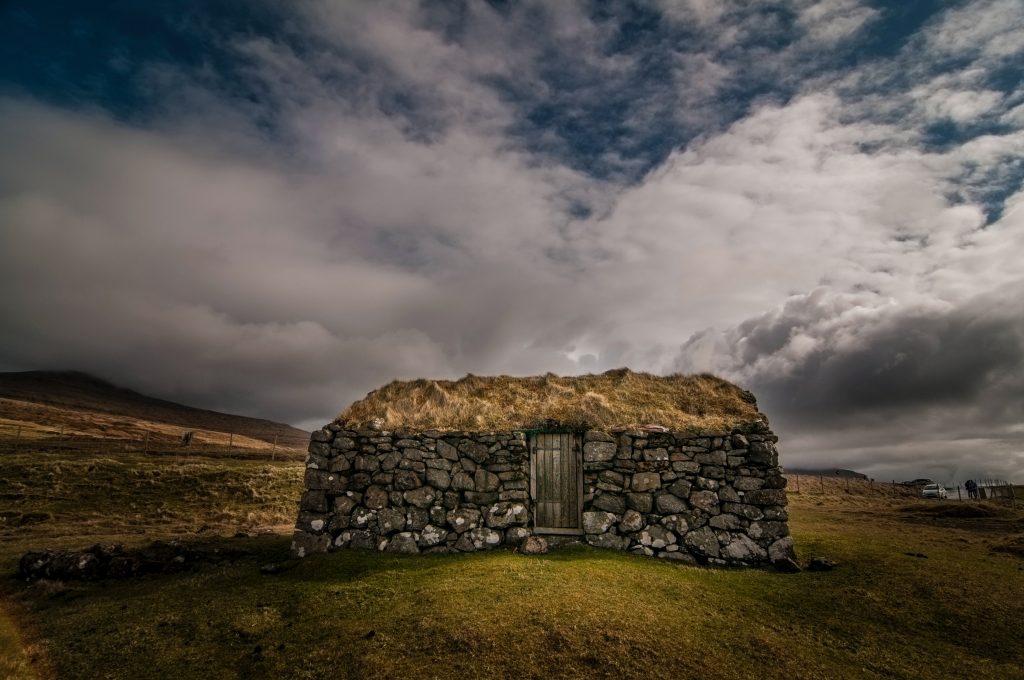 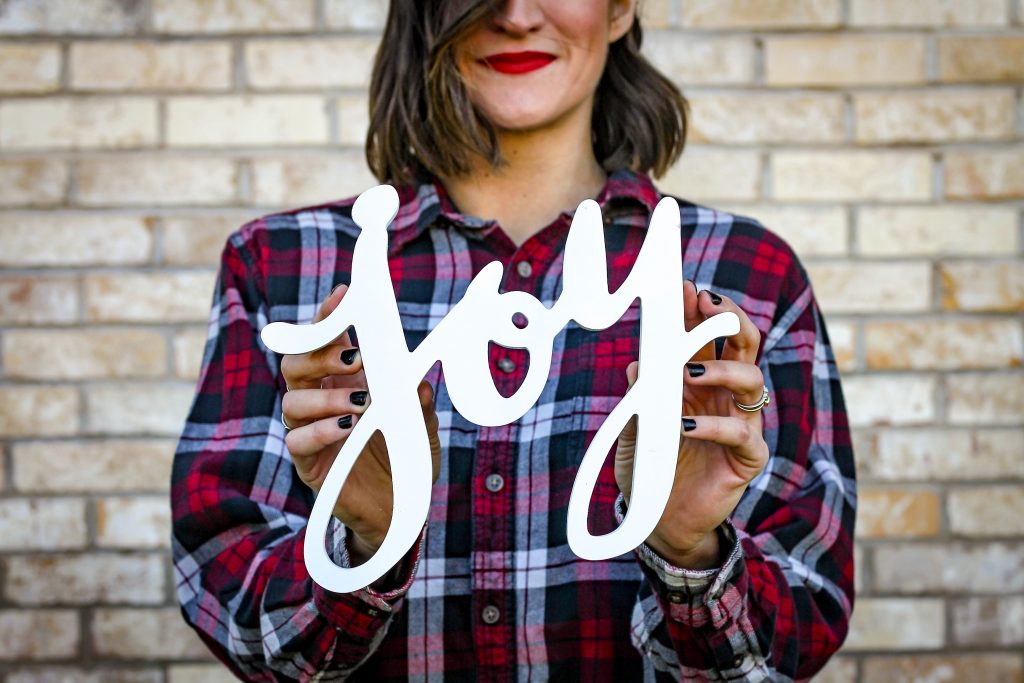